A property in a state of proindivisión, commonly known as pro-indiviso, is one that is under co-ownership, in other words, it belongs to several individuals and has not been physically divided between them. Those individuals do not exclusively enjoy a part of the property, instead all of them -in theory- own the whole property, enjoying it and any proceeds from it, as well as paying any maintenance costs based on their respective co-ownership percentages or shares. An example: a property is owned by ten individuals who each own 10%. If they decide to plant an orchard, the total cost of the planting and the harvesting must be paid by each person at 10% each. Once they have harvested the fruit, each individual will receive 10% of the product. The same would happen if they decided to rent it to someone. The rental costs would be paid by each individual based on their share (10%) and the income they received from the tenant would be shared out respecting those percentages. The key aspect of this system is that the property is undivided and for legal purposes -or at least registration purposes- none of the owners can benefit from a specific part of the property exclusively, instead everything belongs to everyone (i.e. no one can own 10% of one specific area of the property and the trees it contains, and not allow the other co-owners to enter that area).

So this is the theory behind the pro-indiviso system. But why do we come across so many of these types of properties when looking for a place to buy in the area?

The main reason is that, since 1995, the Ley de Modernización de las Explotaciones Agrarias (Law on the modernisation of agricultural holdings) has prohibited the segregation (division for the purposes of registration) of plots of land that are smaller than the unidad mínima de cultivo (minimum plot suitable for agricultural purposes). This is so that, in principle, the plots of lands that agricultural holdings use for their agricultural activity are not reduced in size to the point that they are no longer profitable or competitive. One of the aims is for land that has not yet been developed to be used for agricultural and livestock purposes, protecting this type of land from property speculation and in particular from the construction of houses without planning permission (‘illegal’ properties). By not allowing plots of land to fall below the unidad mínima de cultivo the goal is two-fold: agricultural holdings would be more profitable and competitive (all of them would have sufficiently large dimensions) and developers of illegal properties would encounter more problems when dividing rural plots into smaller plots that are more suitable for building properties for residential purposes. In the province of Cádiz the unidad mínima de cultivo was established by the Ruling of 4 November 1996 of the Dirección General de Desarrollo Rural y Actuaciones Estructurales (Directorate-General for Rural Development and Structural Measures) as follows (in hectares):

This means that in coastal areas such as Sanlúcar, Rota, Chipiona, El Puerto de Santa María, Chiclana de la Frontera, Conil de la Frontera, los Caños de Meca, Barbate, Zahara de los Atunes – Atlanterra, Bolonia and Tarifa, on land that has not yet been developed, both the Notary and the Land Registrar require that anyone who intends to divide a rural plot on dryland of less than 30,000 m2, or a rural plot on irrigated land of less than 2,500 m2, submit a licencia de segregación (plot division permit) or a declaración de innecesariedad (statement of exemption). These documents can only be issued by the Town Planning Department once the planning permission has been processed. On rural, non-developed land the construction of houses for residential purposes is generally prohibited, which means that anyone intending to divide a large rural plot into several smaller ones (500-1,000 m2 plots, which is what the average buyer is looking for because anything larger involves high maintenance costs) to build illegal houses and sell them for a profit will face even more difficulties due to the law mentioned above. This avoids a proliferation of illegal houses on land that the government intends to use for agricultural purposes due to a lack of basic services such as main electricity and water, tarmacced roads and, above all, sewage and refuse collection.

A person who can only divide rural land (this is almost always dryland) into 30,000 m2 plots will have trouble finding buyers. Apart from the high price, the last thing on the mind of the average buyer who comes to the Costa de la Luz to buy a summer or retirement home is a plot of land of such big proportions, due to the maintenance this requires.

We mentioned earlier that one of the main aims of the Ley de Modernización de las Explotaciones Agrarias is to prevent, or at the very least, impede, the division of rural land into smaller plots to build illegal houses. Indeed, since 1995 no escrituras de segregación (plot division deeds) have been granted (by notaries) or registered (by land registrars) without having the necessary licencia de segregación or declaración de innecesariedad, as explained above.

So how is it that are there 45,000 illegal properties in the province of Cádiz, most of them built since 1995? How have illegal property developers been able to carry on with their “business”? The answer is that they have done so by ‘tricking’ the pro-indiviso system. Faced with the impossibility of dividing plots in the Land Registry and creating smaller ones, they keep the plot whole in the Land Registry and sell percentages of it. Although in theory, and legally speaking, only a hypothetical share is sold which does not entitle the owner to exclusive use of a part of the plot, as we explained at the beginning of this article, vendors make deals with buyers to allow that exclusive use, and they separate the areas using fences or walls, measured according to the percentages bought. For example, in the case of a 10,000 metre plot being divided into 1,000 m2, deeds are granted that sell the plot to 10 different individuals, each owning 10%. By pretending that the plot is still whole, the notary and registrar do not require that a licencia de segregación or la declaración de innecesariedad be submitted. They can therefore continue dividing rural plots that are smaller than the unidad mínima de cultivo that in practice could not be divided in the Land Registry.

So what are the implications of this? Is it a good idea to buy a pro-indiviso property?

The main implications are that your deed and the Land Registry show that what you are being sold is a percentage of a larger plot but it cannot show which specific part is being sold because in theory you cannot exclusively own a portion of the plot. In theory this could lead to neighbours and co-owners making claims against each other if they intend to use the other person’s plot on the basis of “everything belongs to everyone”, although that in reality does not happen. If you planned on using another co-owner’s plot they could do the same with yours, which is why in practice there is a non-written agreement among neighbours which is not usually breached, with each person enjoying their plots exclusively, contrary to what the Land Registry says and what is specified by law. What does matter is that there are clear and permanent borders and that the plot measurements you are sold are the same as registered in the Land Registry (for example, if you own 10% of 10,000 m2, the plot you are sold is around 1,000m2) to prevent neighbours from making claims against each other because they believe that the plot they own is not the right one according to what the Land Registry shows.

Since claims of this type are the exception rather than the rule, although we would not as far as to recommend buying a pro-indiviso property neither can we argue that they are the reason to avoid such properties.

Another of the drawbacks of this system is that, given that you would not own a specific part of the plot exclusively, you cannot apply for a mortgage to buy it, because this would need the go-ahead from all of the co-owners to mortgage the entire plot, which obviously they would not approve.

To conclude, we only recommend buying a pro-indiviso when it is worth it for the low price, and only after an in-depth analysis of the property’s legal status in the Land Registry and its physical condition, as well as any other factors that could pose a risk.

Of course, if your budget allows you to buy a legal property you should always choose it, because it is the only zero-risk option.

Please note that any information provided through TempleCAMBRIA’s blogs, website or social media pages is for informational purposes only and should not be used as the basis for making any particular decisions. Please remember that legislation and case law can change over time and the articles published through this medium may not be up-to-date, which is why we recommend you seek individual specialist advice.

TempleCAMBRIA law firmprovides legal services to international clients who have become enamoured with the Costa de la Luz. Our job is to ensure that their decision to settle down or set up business here is a successful one, and that their time here becomes the best experience of their lives. 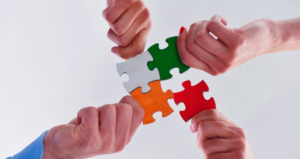